THE WILL AND CAPACITY TO
DOING WELL UNTIL GP CSI5 * 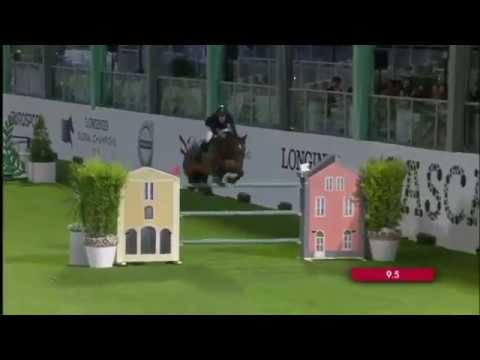 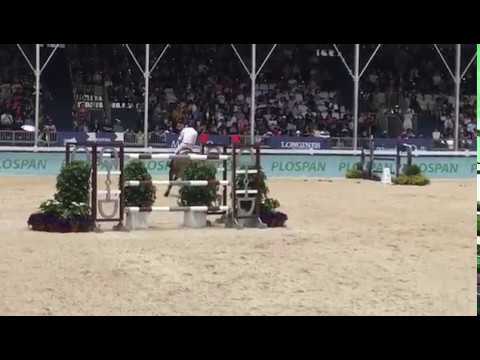 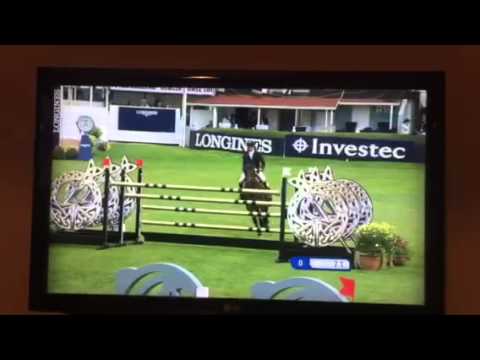 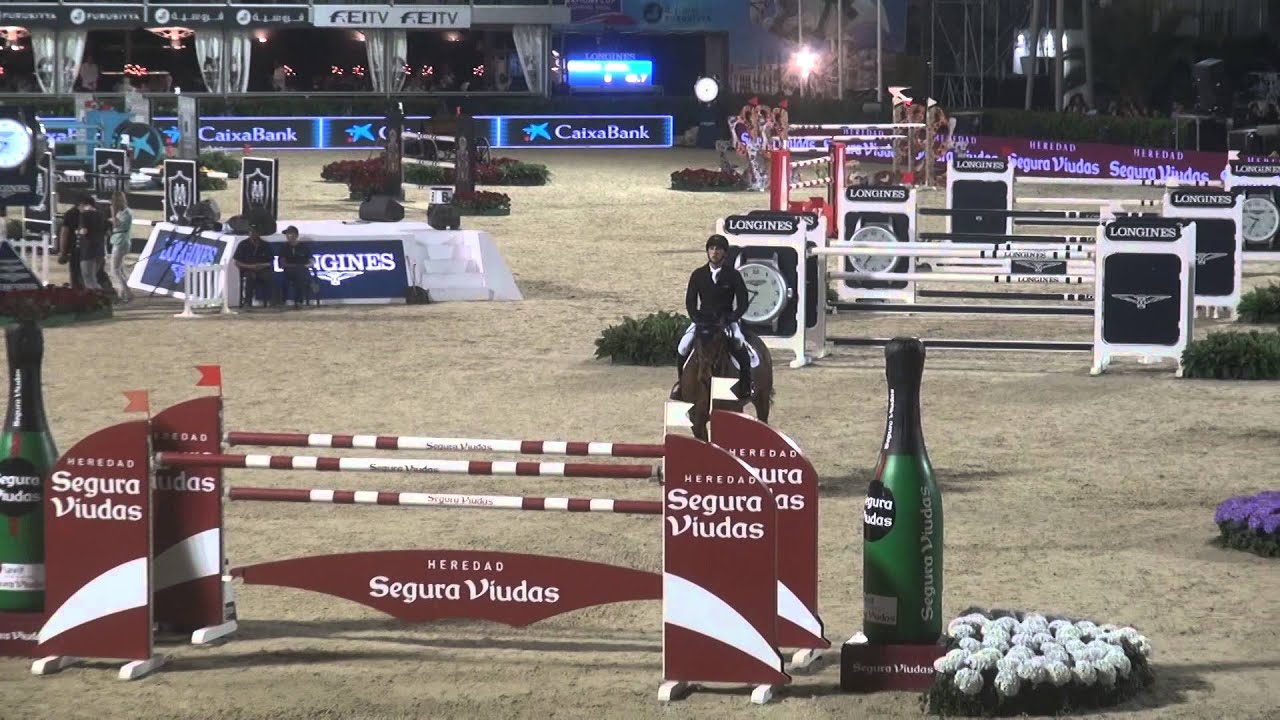 ❝  Excellent showjumping winner placed in Grand Prix 1,60m CSIO5*. FRENCH REVELATION AMONG THE YOUNG SIRES BY THE QUALITY OF HIS OFFSPRING. Rock’n Roll Semilly is already placed since 4 years among the 10 best in sires of show jumpers in France and best young sire placed ELITE ! He is characterized by his easiness, huge scope, carefulness, amazing willingness and his excellent showjumping technique, like his sire, Diamant de Semilly and his whole damline from which also comes from many other top show jumpers. ❞

Rock’n Roll Semilly represents a TRUE VALUE as a sire !
AVAILABLE IN FRESH SEMEN IN 2020 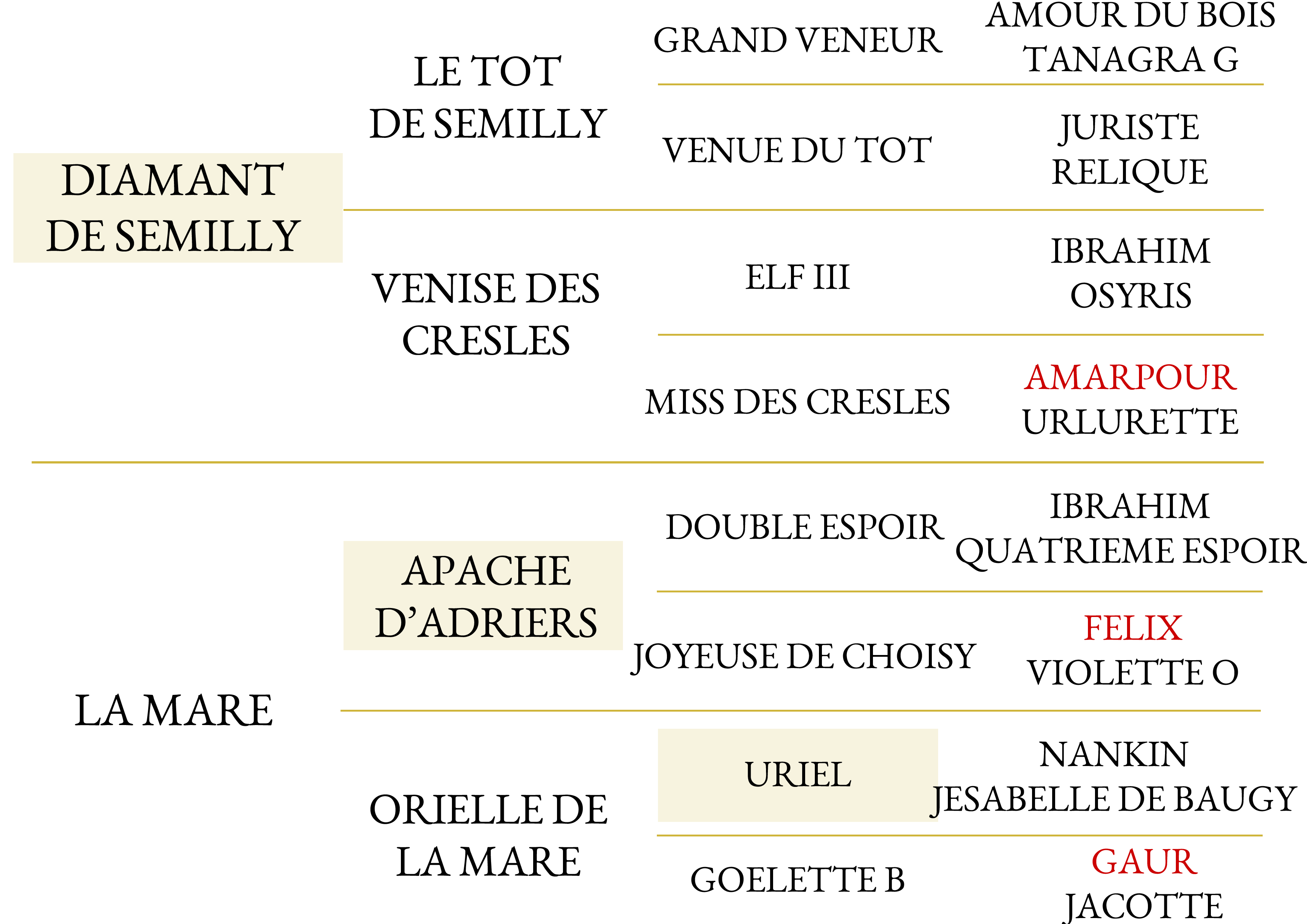 Rock’n Roll Semilly has a rich pedigree of 58.86% thoroughbred (see details on webpedigree)

He is a son of Le Tot de Semilly, one of the best sires in the world and famous international jumping winner, and a dam by Amarpour xx.

Great showjumping winner at CSIO and CSIW level, he was crowned: World Champion with the French team and 9th in the individual ranking (WEG Jerez 2002), France Champion 2002, Team silver medal at the 2003 European Championships, Winner of the 1999 French 1st Category jumping criterium.
ISO 184.

He differs very significantly from all other stallions by the average value of the indices of his offspring which, with impressive regularity, has been clearly superior for many years. BSO + 26 (1.00).

After have being successfully tested at 4YO, ISO 113, the mother of Rock’n Roll, La Mare, has been used as a broodmare. She passes on with an amazing regularity top quality to her offspring. She has produced many very good showjumpers like the ones below. All have the same willingness, top rideability, great showjumping abilities.
In 2019, La Mare has been placed best dam of the French Young Jumpers Championships in Fontainebleau, with 5 products qualified and 3 placed among the best of their generation (Djagger, Evora et Funky Music).

6 YO French Champion in 1986 with Eric Navet and then proved her potential at the highest level (ISO 150), before being used as a broodmare and generated excellent sport horses like :

HIS 4th DAM : JACOTTE: by the pur-sang Suez 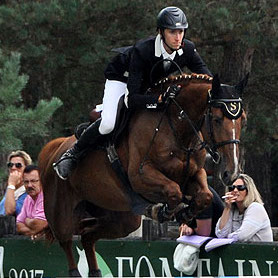 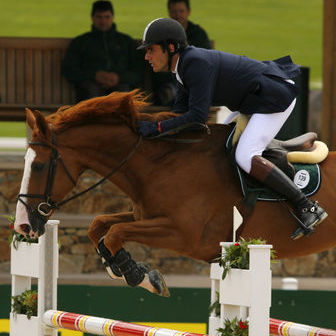 In 2019, after an excellent start (2nd of a 1,45m class and 11th of a 1,40m class in Gorla Minore CSI, 2nd of a 1,40m class, 3rd, 7th, 8th and 10th of 1,45m classes in Oliva CSI), Rock’N Roll came back to Haras de Semilly for the breeding season to cover in fresh semen. Still in very good health, he kept competiting around in parallel with the junior rider Dylan Levallois. He also proved then his great easiness and excellent willingness that he also passes on to his offspring.

In 2017, after being stopped for several month due to a muscle strain in shoulder after stumbled at the reception when landing from a jump in the first show of the year, Rock’n Roll has returned to the international with several rankings : 1st in a1,45m class in Liege CSI3*, 3rd of the GP CSI2* in Lier, 2nd of 1,45m and 1,40m classes in Stockholm CSI4*, 6th of a 1,40m class in Bonheiden CSI3*, 8th of the GP CSI2* in Bonheiden.

In 2014, Rock’n Roll Semilly is ridden by the Brazilian rider Marlon Modolo Zanotelli with whom he improves a lot and is already ranked 7th of Barcelona GP CSIO5*, 13rd of the Sires of the World in Lanaken, 8th of Roeser CSI3* GP, 10th of Bonheiden CSI2* GP, 2nd of a 1,40m class in Oliva CSI, …

« Rock’n Roll is a exceptional showjumper. He has the strength, the carefulness and the great willingness of the top showjumpers. He is clever and very endearing. » Marlon Modolo Zanotelli

In 2011, Rock’n Roll made his great come back in the 6 YO classes showing a lot of ease ! He is placed 7th in Auvers and is regularly clear-round. Qualified easily for the French Championships, he is sacred Champion of France of the 6 YO males ! It is a beautiful reward for this gifted showjumper and for all the breeders who trusted him since the beginning of his stallion career.

Rock’n Roll had been operated on for inguinal hernia at the end of february 2010, so he couldn’t compete at 5 YO.

In 2009, Rock’N Roll achieved a great showjumping season in the 4 YO classes and finished 4 YO Champion of Normandy. He is also sacred Champion of France of the 4 YO males out of more than 200 horses ! Ranked «  Elite ».
With 14 clear rounds / 14, he realised a perfect showjumping season, combined with an exceptional breeding season for a 4 YO with more than 330 mares covered !

Approved SF at the 2008 French 3 YO Stallion Championships. His qualities have been unanimously appreciated by the jury of the stallion test in December and he was one the most appreciated stallion of this approbation.

For more info, photos and videos, click on: webstallions

Rock’n Roll Semilly confirms his place in the Top 10 of the Best Show Jumping ELITE Sires in France!

The exceptional quality of his offspring placed him since 4 years among the 10 best sires in France due to his show jumping index and eventhough he didn’t cover the best indexed mares.

He doesn’t pass on the Warmblood Fragile Foal Syndrome. He has been tested WFFS negativ.

THE BEST PRODUCTS FROM
ROCK’N ROLL

Rock’n Roll Semilly began breeding in 2009. BSO +25(0,98)
He doesn’t pass on the Warmblood Fragile Foal Syndrome. He has been tested WFFS negativ.

Among his first indexed offspring, we noticed :

In 2019, Gavotte de Rance finished 2nd of the 3YO SF female French Championships.

Rock'n Roll x I Love You

THE WILL AND CAPACITY TO
DOING WELL UNTIL GP CSI5 *

You can bring your mare to France for being inseminated. In this case, the stud fee is divided in two parts :

At Haras de Semilly, the inseminations and scans are included.

It is also possible to send fresh or frozen semen to another french AI center (shipping costs to add).

The doses’ quality is certified by Eurogen and Andiamo Semilly has excellent fertility.