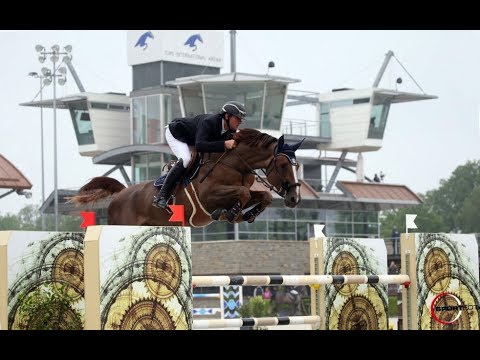 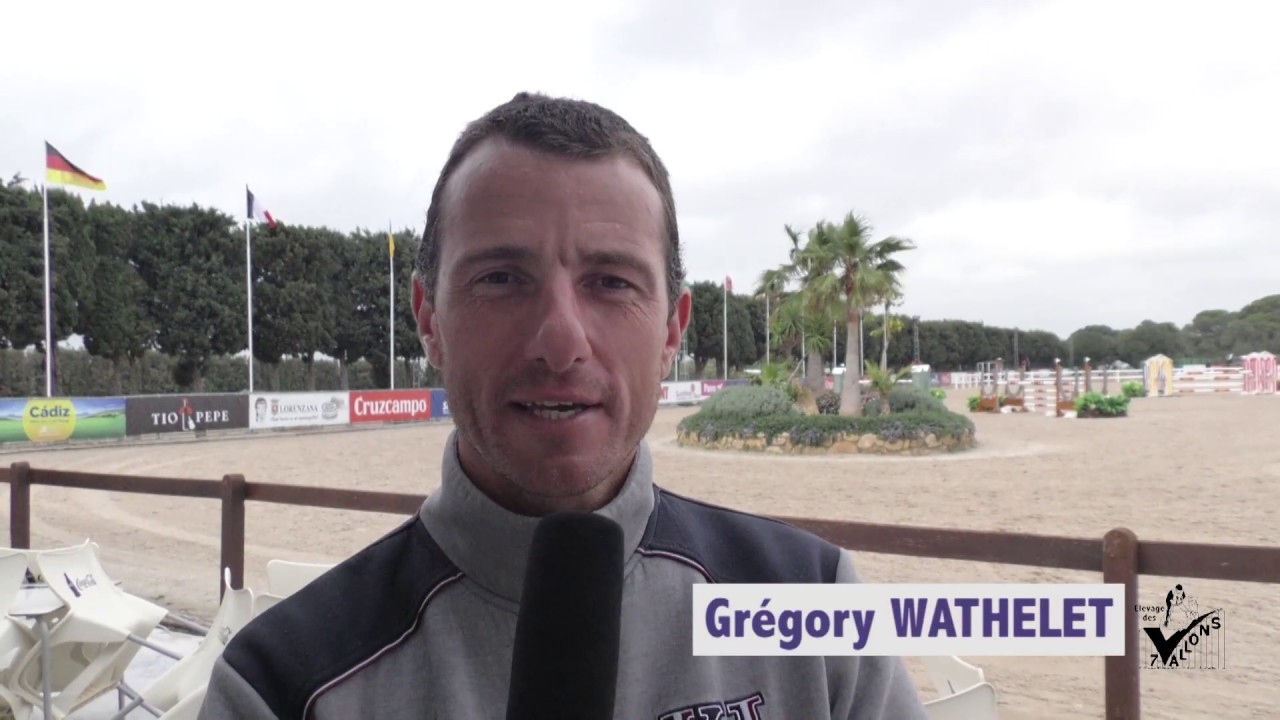 ❝  You are looking forward for a good son of Comme Il Faut ? Don’t search anymore ! The very promising FAUT-IL DES 7 VALLONS takes after ! Son of Markus Ehning’s champion, himself coming from the famous Cornet Obolensky et Ratina Z, he is reactif, respectful, leaping, powerful and fighter. From his SF champion mother, who had started the Gregory Watheley sport career, we find the good mental, aesy and volonteer. Winner of the CSI5* Young Sires Masters in Bordeaux in 2019, Faut-il des 7 vallons forshadows to be the rising star of Gregory Watheley team. ❞

HIS SIRE : COMME IL FAUT: A dream pedigree and a track record at the highest international level

Son of one of the World best stallions Cornet Obolensky, 3rd in 2016 (WBFSH World rankings), great winner riden by Marko Kurtcher, especially twice Eurpe Champion and 3rd at the Olympic Games.
He is the last son of the « mare of the century » Ratina Z, unforgettable with Ludger Beerbaum, with who she won the Aix-la-Chapelle GP, the 1993 World Cup final, the gold medal individually at the 1997 Mannheim Europe Championship, etc…

His first offspring generation has already the same jumping qualities than her father, and is famous to be exceptionnal. Many of his sons are approved, as: : Comilfo Plus Z (55th in the 6-year-old World Championship), Corsari Van de Helle, Coronet d’Honneur, Come Di seve, Comme Le Père, Hermantico, Comme Prévu, Call Me Carl 3 (Champion of France of classic cycles 5 years (Fontainebleau 2016)) ISO135, Cairon 10, Faut-il des 7 Vallons, Come On Jumper ISO 154, etc… TWhereas others are starting to get their break as: Classic Addiction ISO 146, Cronchen ISO 128, Fuhrer de Maugre ISO 118…

SHe is a SF daughter of Double Espoir, who is the father of the famous Apaches d’Adriers ISO181, La Fayette ISO179, Flipper d’Elle ISO186, etc…

Firis de la Maine has allowed Grégory Wathelet to start his rider career. She only had one product: Faut-il des 7 Vallons.

« Firis is a very special mare for me as she brought me to that top level. My first important victory was that of Belgium Young riders Champion and it was thanks to her. The first European Championship was also with her…Unfortunatly, she get injured à 9YO and could not make a great career but to my opinion, she was at that moment, an exceptionnal mare whO is a part of my leading horses at a moment of my career. So obviously I am happy to be able to follow her products, particulary Faut-Il as I think he really stand out from the crowd and better than the others. » Gregory Wathelet

He has also produced :

She has also produced:

Since 2019, Faut-Il has continued its formidable progress under the saddle of Grégory Watheley:

« FAUT-IL DES 7 VALLONS is a special horse for me, because I started my career with his mother and won with her the Belgian Young riders Championship. Today, ride her son makes the story even more beautiful, especially since this young stallion is endowed with exceptionnal qualities for his young age. He shows great potential, he is very respectful and smart. I have a lot of hopes on him, he is a real horse for the Top Level !”  Grégory Watheley

FAUT-IL integrated the horse team of Gregory Watheley in 2018, with the objectif to prepare the futur important competitions. Nevertheless, without effort, he won magnificienly won the 7 YO Valkenswaard GP and was placed in many others competitions à 7 YO: 1st in Opglabbeek, 1st and 11th in Reims, 5th in Bonheiden, 7th in Vejer de la Frontera, 9th in Lanaken, 11th in Bordeaux…

Its first products were born in France in 2020.

THE BEST PRODUCTS FROM FAUT-IL

Faut-il des 7 Vallons has a beautiful look, with size and scope. We advice to bring him mares not too high.

He should bring back to his offspring his reactivity, his respect, his striking, his power, his easy mental. He is also willing, applied and fighter.

You can bring your mare to France for being inseminated. In this case, the stud fee is divided in two parts :

It is also possible to send frozen semen to another french AI center (shipping costs to add).